Commercial Roofing Tulsa | How Often Does My Roof Need Replacing 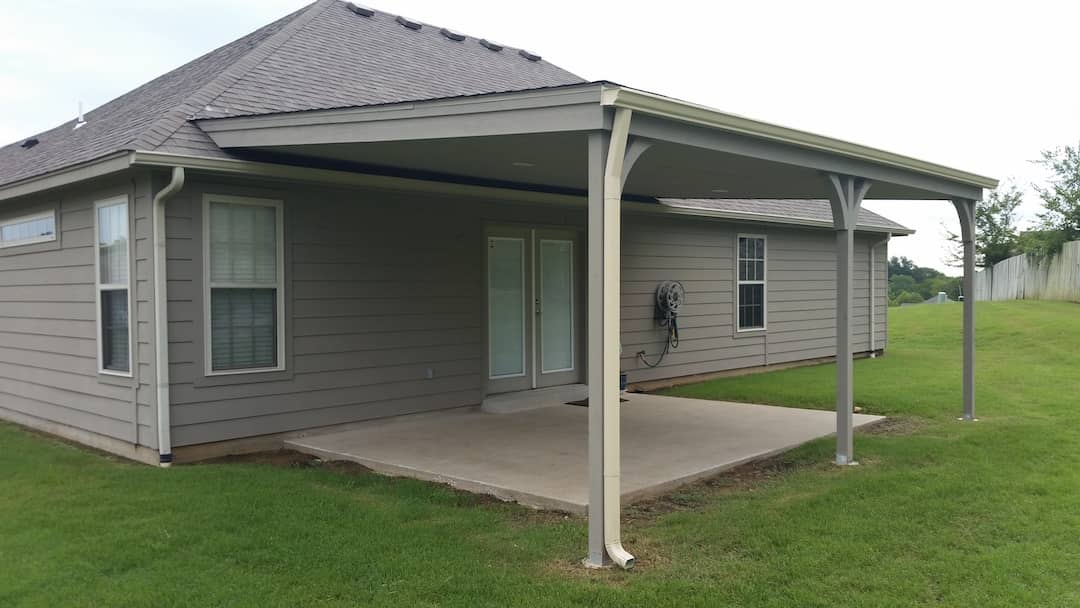 So let me give you a description really of what that is. Everyone knows. And everyone has seen literally thousands upon thousands of the metal buildings that we have in the greater Tulsa area, whether it’s a commercial building, a commercial roof, industrial roof, you’ve seen, these are panel metal buildings. And when I say our panel, that’s referring not to the thickness or the type of metal it’s referring to the type of the mold or the, the, the, the shape of the it’s called raised panel is caused the shape of the metal, a three foot wide, normally 25 foot long, normally metal panels that make these buildings and just basically a metal building. Well, when you look at these metal buildings and you can see that, um, if you were like me and you began to inspect the roofs of these buildings, you would see pretty quickly that after about 10, 15 years, you have a building sitting there and the washer under every one of those 50,000 screws on the roof, that little neoprene row or rubber washer begins to wear out.

And because metal buildings have such a volatility, they move so much in the heat with a hot and cold, uh, with that taken place. Um, these washers in these screws begin to be backed out, begin to be loosened on the roofing system. And as soon as you have that happening, you begin to have a leak. And so what we do here with advanced commercial systems home with a roof nerds is we come in and build, what’s called a roof retrofit thermoplastic system, where we come and we put an insulation that is formed in fitted to the very shape of the panel of the roof on the roof. So if you have an RP panel or an ag panel, or even a standing seam roof, it doesn’t matter. Our commercial roofing Tulsa team  can get the foam or the polystyrene polyurethane. We can get the different type of roofing, um, insulation, uh, ISO board, poly ISO board that will fit that roof panel on the top of your roof.

And so it will make, is it was we lay those and install those. It will make a flat roof in commercial roofing tall. So with our roof nerds installing them. So we’ll make a flat roof up there in which we then come in and put a thermoplastic membrane, normally PVC or TPO, um, thermoplastic polyolefin. Um, and so thermal polyolefin TPO. And so we’ll install those on top of that installation that we’ve made flat with that retrofit design. So that’s why it’s called retrofit in commercial roofing. Tulsa is because it’s, it’s, it’s already pre shaped and preformed to sit right on top of top of those roof panels and to create a really good, uh, flat surface, uh, completely protecting the, the punchy, the, the puncture rubble, uh, TPO membrane. And so let me just say, um, when it comes to commercial roofing, this retrofit system is absolutely wonderful at what it offers. So call commercial roofing Tulsa experts today!

Um, I was speaking with someone one time and they were well out. I love metal roofs because metal lasts so long, you know, metals of 40 metals, a 50 year roof acid. Well, your roof is only as good as your penetrations. Your roof is only as good as whatever’s holding it down. And so if your 50 year metal can sit there for 50 years and do its job, it still doesn’t mean your roof’s not going to leak. It still doesn’t mean you’re not going to have issues in commercial roofing Tulsa to wholesome. And one of the reasons why every single screw, which if you’ve been on a metal roof, you know, about every two, two and a half feet, every direction on every panel, he owned every seam, you have a screw. And so about every two, two and a half feet, you have a screw.

I have counted 50 to a hundred thousand screws just on a normal size warehouse that we’ve had to work on. And so literally we were on one in Bixby just the other day. Oh, I guess it was probably only about 80, 90 or a hundred square building. And we spent two full days covering just the screws on that roof with a coating to stop leaking where those screws and the washers had been worn out in commercial roofing toll. So they’re beginning the back out there began to open up, and then you get people walking on the roof in the wrong way, there they’re putting cranks and crevices and cracks in the roof of themselves, but not walking on the roof and, you know, the correct way. And so you could say, wow, how I didn’t even know there was a correct way to walk on a roof.

Absolutely. A correct way to walk on a, our panel raised panel metal roof, depending on the gauge. But yeah, you definitely want to walk on a, in a way that doesn’t create damage to the roof reach out to commercial roofing Tulsa. And so these are the things that we deal with with the retrofit roof. Um, it is such a great, um, benefit to the building owner in two areas, a provides a 15 to 20 year water, tight membrane, and it provides, you know, so you’re stopping leaking. You’re not having any issues. You normally have a sloped roof. So the water gets off there really fast. It really is a great system. And then the other thing you bring in to, you know, to the client is you’re bringing your at you’re adding insulation. And so, so number one, you’re creating a watertight membrane for them where they don’t have leaking anymore.

Number two, you’re creating an insulation barrier up there. That’s gonna help with heating and cooling in the building. And number three, because you’re using a thermal plastic membrane. So let’s go there real quickly. What is a thermal plastic membrane and why is the word Thermo being used? So the sun’s UV rays and the heat barrier, or the urban barrier effect of the hurt cause referred to as the, the urban heat area effect, um, literally comes down on the top of your building and it generates heat inside your building. You know, Oklahoma is gets really hot in the summertime. You can lower the temperature in your building by putting a thermal plastic roof up there. You literally can lower the temperature, um, from 10 to 20% up to 22% just by having a reflective membrane. So the plastic membrane is designed that when the UV and from the sun and the heat of commercial roofing Tulsa, when it comes down on that roof, it is reflected back up into the urban heat effect of the city.

And it really just creates like a, a barrier, a really amazing natural, natural barrier to your building to keep heat out. Uh, and although it is only 60 thousands of an inch as we refer to as 60 mil does an amazing job. And so with that, I want to share with you that the retrofit roofing is really great priced. We’re probably around 350 to $375 a square. Um, so if you have a hundred square roof, you’re probably around $35,000 to get a roof put on there for you. That would save you energy, huge amounts of energy heating and cooling here with commercial roofing, Tulsa, our roof nerds we’re professionals in every way of installing these retrofit systems. And if you’re just wanting to conduct, conduct a full roof replacement, we can offer that to you as well. So advanced commercial systems is a full service commercial, and now that’s for commercial roofing and industrial roofing company sheet metal modified bitumen roof applied liquid coatings, TPO PVC modified bid, um, BA we just did a TPO ballast system about three days ago on one of these spirit bank. Um, one of the spirit banks here in Tulsa. So these are the things that we do for you here in commercial roofing, Tulsa. These are the things we offer. I’ve got a hop off here. The podcast is coming to an end. Thank you for joining us again. We appreciate you so much. Check us out at www dot. Ok. Ruth nerds.com co give us a call at (918) 973-1010 and never forget one thing. When it comes to our commercial roofing Tulsa roof nerds, we build smart roofs.